Cloudy is a male contestant in Battle for BFDI and The Power of Two. He is a white cumulus cloud, whose body is white, and his outline is gray. He was a recommended character who appeared in Don't Lose Your Marbles, The Reveal, and Reveal Novum as one of the 30 recommended characters voters could vote for to join Battle for Dream Island. However, he only got 4 votes and was blown away by Fanny to the Locker of Losers. Battle for Dream Island cursor pack with fanart cursor Cloudy. 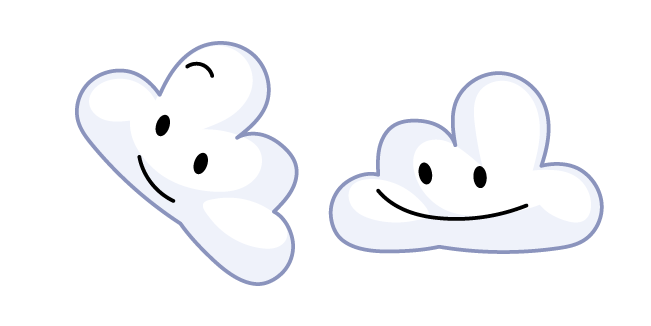