Mawrasite is a character from the Villainous series. She is a villain belonging to the Black Hat Organization. Mawrasite features pale skin, slightly unkempt short purple hair, yellow eyes, and a long nose, and she has a reddish coloration throughout the nose and eye area. She also wears messy eyeliner. This character wears black gloves that almost reach her shoulders, and has kind of white claws on her back, and other smaller ones that are assimilated into horns on his head. Fanart Villainous cursor pack with Mawrasite. 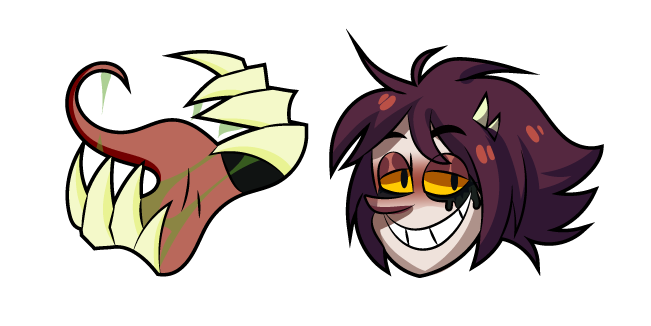