Dark Phantom is a character that debuted in The Lost Cases of Riboflavin of the Villainous cartoon series. He is introduced as an alien supervillain who leads a gang and is the latest bearer of the title. He is depicted with sharp teeth, no pupils, white hair, and a pointy nose. About his suit, he wears a black cape, mask, collar, webs around his wrists and spiked cuffs on his gloves and spikes on his boots. Villainous cursor pack with fanart Dark Phantom cartoon cursor. 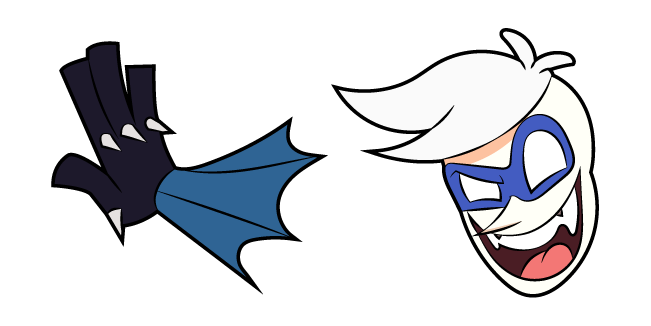