Adelita Guerrero is a former P.E.A.C.E. operative who left the organization after disagreements with its new board of directors. Being an undercover agent, she is a woman with secrets, keeping them until it's in her best interest to reveal them. But Adelita also cares deeply about her husband, Pedro Moreno, willing to sacrifice her soul to Black Hat to set him free from Mascara Macabra. Villainous cursor pack with fanart cartoon pointer Adelita Guerrero. 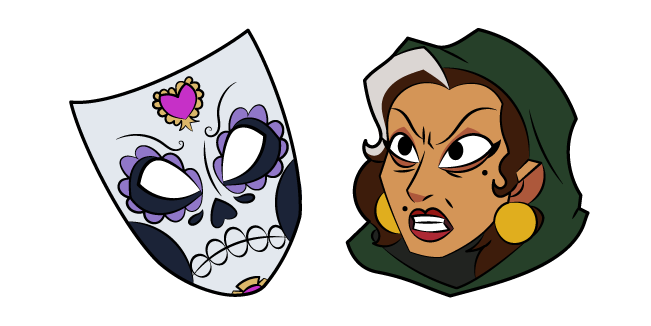