Goldheart is a superhero that first appeared in The Dreadful Dawn episode. He is Dr. Flug's former archenemy. His powers were not yet revealed, but from his depiction in Flug's dream, we could assume, that he has light-based abilities. He is shown to be very popular in the series, as he's been interviewed several times over his career, and leads his own superhero team, where once was Miss Heed as a member. Cartoon cursor Villainous Goldheart. 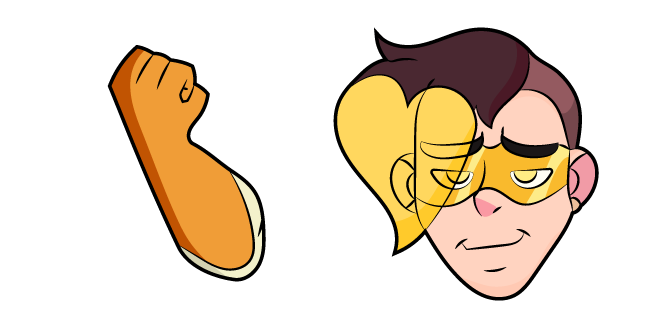