Illuminarrow is a villain that has an Eye of Providence motif. Illuminarrow has three eyes, all with magenta pupils. Below her forehead, around the two eyes, she has a black-magenta mask. She has a long nose and two triangular pointed teeth protruding from the upper jaw out from her mouth. She also seems to carry a quiver. Her name is the combination of the words Illuminati and arrow. Fanart Villainous cursor pack with cartoon pointer Illuminarrow. 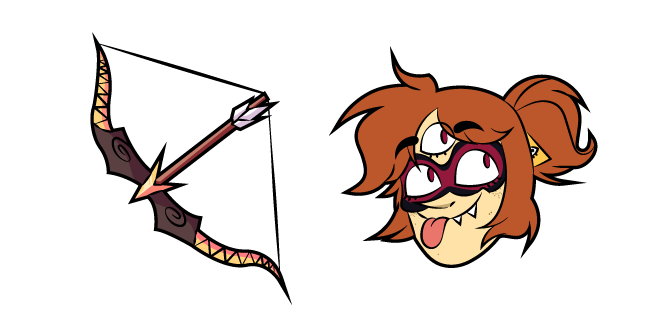