Pyrope is one of the main characters and a boss in Unleash the Light in the Steven Universe game. She is an Era 1 Garnet and was a holder of one of the remaining Light Prisms. She is also the owner of the Palace of Light and ruler of Blue Colony 4 - but all of that in the past. She is able to use a fan as her weapon - to attack by throwing it like a boomerang and easily poofing other Gems. Steven Universe pink cursor with Pyrope and Fan pointer. 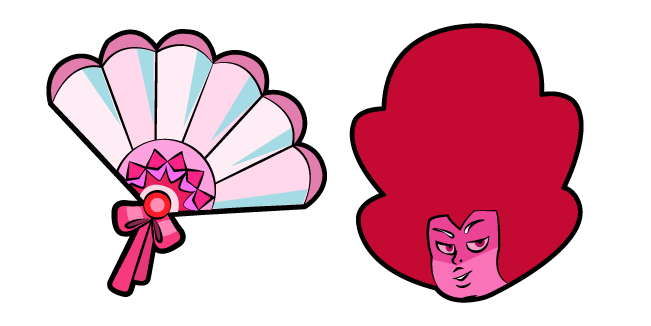