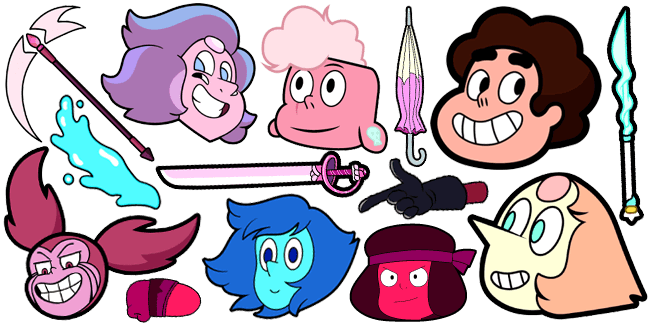 Believe in Steven! Steven Universe is an animated television series created for Cartoon Network by Rebecca Sugar. This animated series is the first series on Cartoon Network that was created solely by a woman. In the series we are presented with a story about a young boy named Steven, he is a half-human, half-alien hero who is learning to save the world with the magical powers that come from his belly button.

Steven was raised by Crystal Gems who are protecting Earth from Homeworld, the planet where a race of sentient beings called “Gems” who intend to colonize the universe. Steven may not be as powerful as the Crystal Gems, or as smart, but that doesn’t stop him from joining Amethyst, Garnet, and Pearl on their magical adventures, where our Steven always finds a surprising way to save the day.