Peridot or Peridot Facet-2F5L Cut-5XG is a member of the Crystal Gems who made her first appearance in Warp Tour. She was initially a Homeworld Gem technician and a certified Kindergartener, but later became the main antagonist of the series. She has green skin and pale yellow hair styled into a tetrahedron shape, which turns green when she blushes it. Her true eye color is dark green, which is usually tinted by the yellow color of her visor. Steven Universe cursor pack with fanart Peridot cartoon cursor. 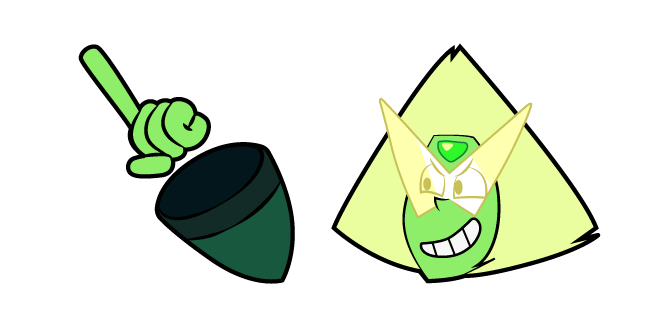