Sardonyx or The Lovely Sardonyx - is the fusion of the main characters Garnet and Pearl. She appeared the first time in the Cry for Help episode of the second season of Steven Universe. She has four arms and her gemstones in the same locations as her components. Her pink weapon is a giant war hammer that is a mix of Garnet's gauntlets and Pearl's spear. Steven Universe cursor with Sardonyx and her War Hammer. 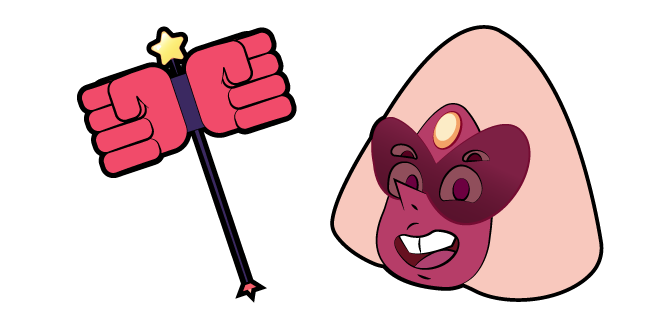