This charming woman from our fanart Naruto Kaguya Otsutsuki cursor pack was a member of the Ōtsutsuki clan and the matriarch of a branch family, including her children Hagoromo and Hamura. Long before the founding of the hidden villages, during an era of endless war, Kaguya consumed the fruit of the God Tree and became the first wielder of chakra on Earth before merging with the tree to become the Ten-Tails. Kaguya is a pale-skinned woman with delicate facial features and long, sweeping white/gray hair. 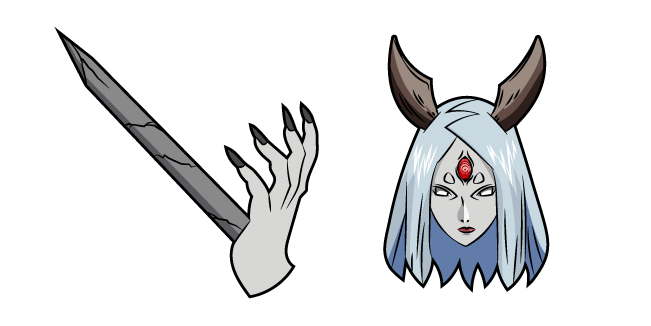