Rock Lee is a character in the manga and anime "Naruto". Rock Lee is an energetic and optimistic guy, shinobi of Konohagakure's Lee clan, and a member of Team Guy. He doesn't know how to use most ninja techniques, so Rock Lee uses only taijutsu and ninja techniques similar to martial arts. Lee dreams of becoming a "great ninja" despite his ineptitude, so he overcomes his shortcomings by going through the special training of Maito Gai that made him a taijutsu master as a genin. Do you like anime "Naruto", Rock Lee, and nunchucks? Then this cool mouse cursor with Naruto Rock Lee and Nunchucks especially for you! 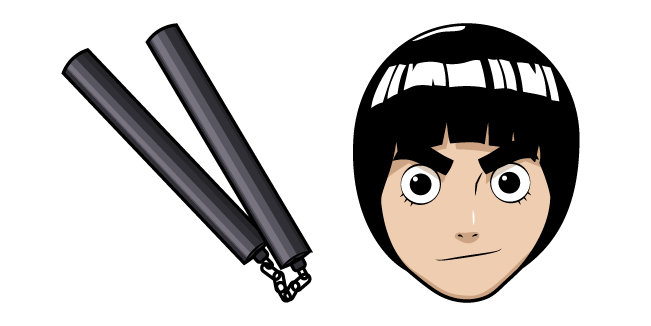