This good girl from our fanart Naruto Karin and Glasses cursor pack is a subordinate of Orochimaru, a former kunoichi of Kusagakure, and a member of the Uzumaki clan. She assisted Orochimaru in his experiments and was left in charge as warden of his Southern Hideout while he was away. She got later recruited into Sasuke Uchiha's group Taka, initially called Hebi at the time of its creation. Karin features crimson eyes, fair skin, and red hair and wears glasses. 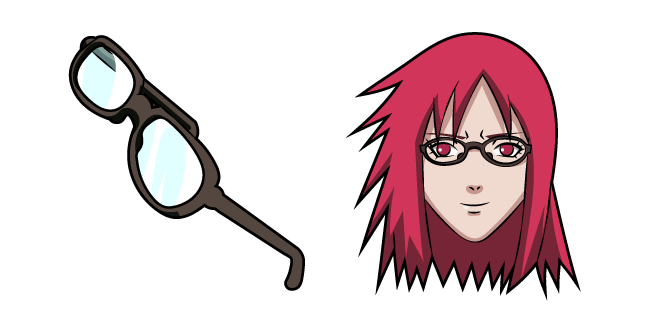