Itachi Uchiha is a character in the manga and anime series "Naruto". Itachi Uchiha is the genius of Konohagakure's Uchiha clan and also served as the captain of the Anbu, S-class criminal. After he destroyed his entire clan, leaving only his younger brother Sasuke alive, Itachi became an international criminal. He then joined an international criminal organization called Akatsuki. In the anime Naruto, Itachi Uchiha was a quiet and shrewd dark-eyed character and crows are the characteristic call of him. Naruto is a cool anime with an interesting plot, so we recommend you watch it and add our Naruto Itachi Uchiha and Crow Cursor for a mouse. 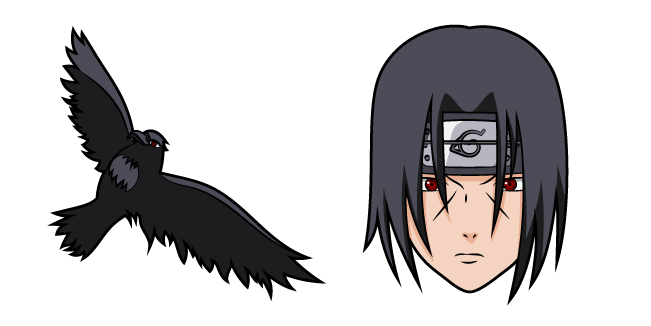