Choi San is a South Korean singer and vocalist for the boy band ATEEZ, which was formed in 2018 by KQ Entertainment. The name of this tall young guy from Korean translates as a mountain or a high hill, father called him that because he wanted Choi Sang to be a comforting hill for some, and for some a dignified mountain. Choi Sang likes to read detective stories and thrillers, eat meat and chocolate, and his favorite color is purple. Choi Sang also loves plush toys and has his own collection, from which he often carries a Plushie named Shiber with him. The k-pop cursor and pointer from ATEEZ with Choi San and Plushie! 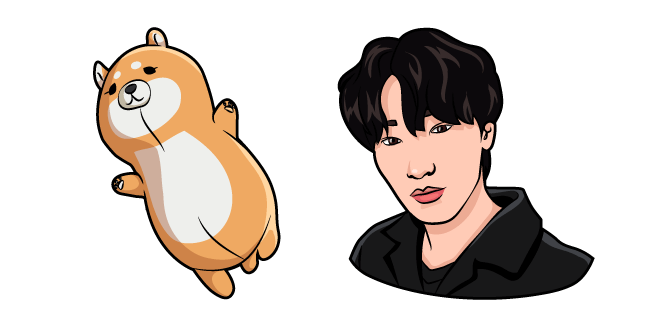