Kim Jong-in aka Kai became a popular South Korean singer, rapper, and actor due to SM Entertainment. He is a member of the boyband EXO, its sub-unit EXO-K, and the supergroup SuperM. But recently he has started his solo career and released his first solo self-titled album named Kai. Aside from the music, he also starred in various television dramas such as Choco Bank, Andante, and Spring Has Come. His Superpower Badge is Teleportation. K-Pop cursor with EXO Kai. 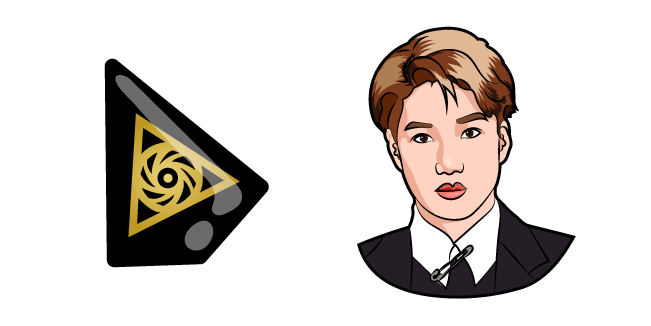