Bang Chan was born in 1997 in Seoul, South Korea. He was the oldest son in his family with two other children. When Bang Chan was a little boy his family has moved to Sydney, Australia where he took many dance classes including ballet and modern dance. At the age of 13, he passed an audition for the K-Pop label JYP Entertainment despite his young age and began to train at JYPE. He formed a unit 3RACHA, but in a year he revealed that Bang Chan would finally debut as a leader of the boy group Stray Kids. K-pop cursor pack with Stray Kids Bang Chan and Wolf Chan. 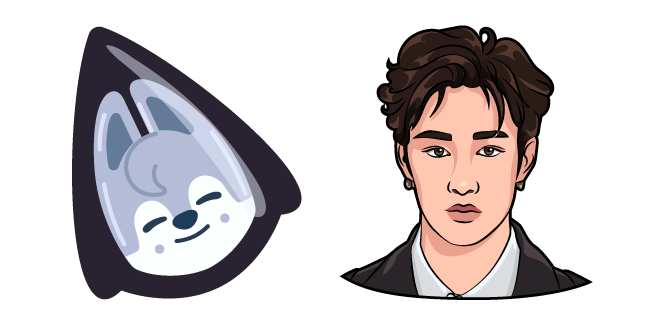