Blackpink is a Korean girl-band, consisting of members Jisoo, Jennie, Rosé, and Lisa. Blackpink was the first Korean girl group to enter and top Billboard's Emerging Artists chart and to top the Billboard's World Digital Song Sales chart three times. Several years ago they created Blackpink lightstick, which resembles a toy hammer with two pink hearts. The concept of Blackpink lightstick was inspired by the Weekly Idol show. As Blackpink is one of the most famous bands in the world we decided to make this bright glowing mouse cursor! 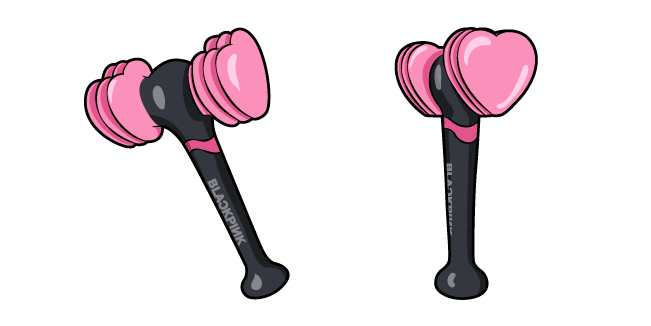