Mavis Vermillion was the first Guild Master and co-founder of the Fairy Tail Guild. Despite her body being comatose and sealed within a Lacrima known as Fairy Heart, she continues to interact with the guild and its members as a Thought Projection. She has an Illusion Magic Spell named Heavenly Wolf, Mavis raises her arms above her head and creates an illusion of a humongous wolf. Fairy Tail anime cursor with Mavis Vermillion and Heavenly Wolf. 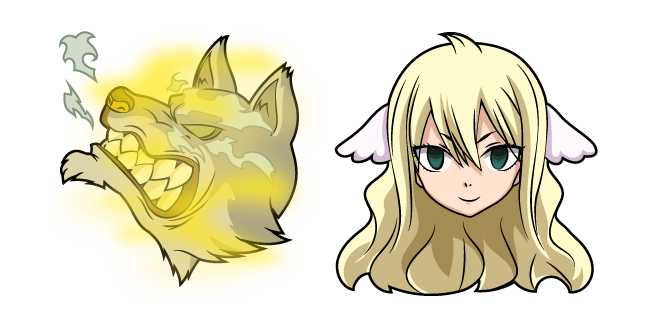