Panther Lily is an Exceed that originally was working for the kingdom of Edolas as the Magic Militia's First Division Commander of the Royal Army. He is also a member of the Fairy Tail Guild and is the companion of Gajeel Redfox. Later Panther Lily was a member of the Magic Council but later he rejoined Fairy Tail after the guild returned. He has the head of the black panther, while the rest of the body is similar to a human. Fairy Tail cursor with Musica Sword and Panther Lily anime pointer. 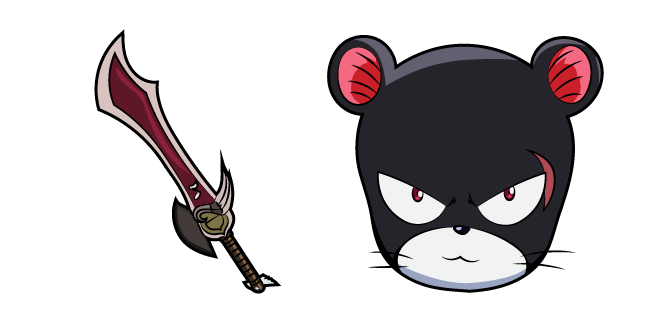