Levy McGarden is a Mage of the Fairy Tail Guild in the Fairy Tail anime series. She is the leader of Shadow Gear and has been a member of the Magic Council's Custody Enforcement Unit, but after the defeat of Avatar, she left to rejoin Fairy Tail. In the year X793, she became the mother of Gajeel's child. This cute girl with blue hair has a cheerful and upbeat nature, and she can get along quite well and easily with her guildmates. Fanart Fairy Tail cursor pack with Levy McGarden. 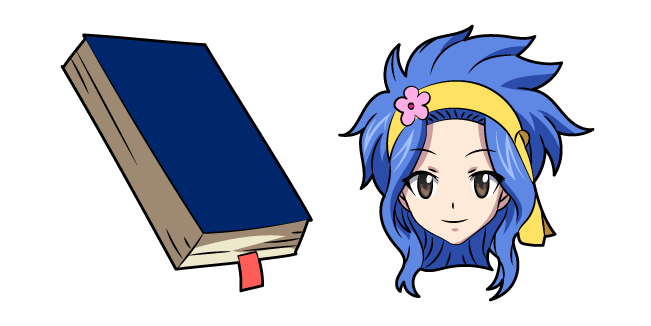