Kinana is a girl with short purple hair, a member of the Fairy Tail Guild, and is the former pet with the name Cubellios of Erik from the now-disbanded Oración Seis. Unlike most of the members of Fairy Tail, she initially joined the guild as an employee rather than as a Mage, but after Fairy Tail's revival she rejoined the guild as a full-fledged Mage, where she has started to learn how to use Magic. Fairy Tail cursor pack with fanart Kinana anime cursor. 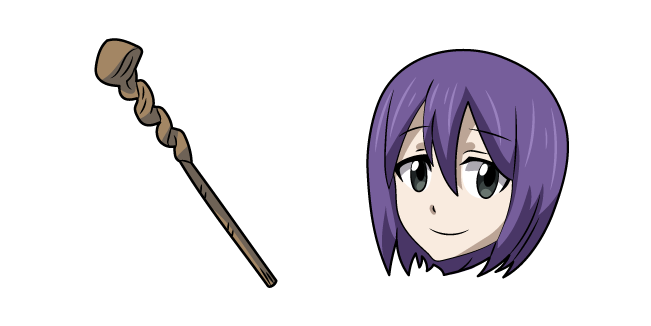