Zeref Dragneel is a young man, who is 400 years old. He was considered to be the strongest and most evil Mage of all time, who possesses extremely dangerous, and powerful Magic. He masters the Black Arts and creates many Demons, some of them still wreak damage in the present. He is the former Emperor and the founder of the Alvarez Empire, under the alias of Emperor Spriggan, the older brother of Natsu Dragneel and father of August. Fairy Tail Zeref Dragneel anime cursor. 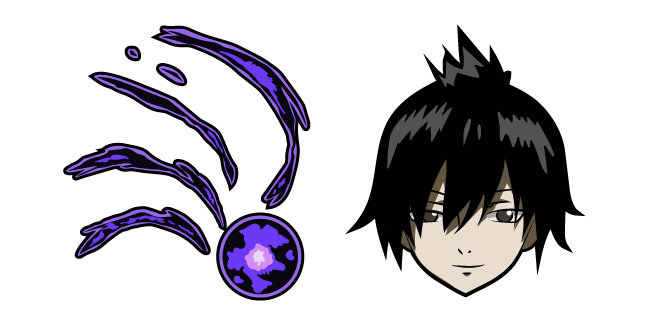