The most controversial character in the series: an insecure, passionate teenager, whose main desire is to prove to his father, the Master of Fire, that he is a worthy son. Zuko has a large scar around his left eye, received during the fiery duel "Agni-Kai" with his father - this is his most terrible and painful memory. Now the prince is in exile, and his goal is to capture the Avatar. He trains tirelessly to meet Aang fully armed, but he is not as gifted and cunning as his sister Azula, which is the reason for his constant failure. He travels with Uncle Iroh and gradually thinks more and more about his destiny and the choice that he has to make. This is a legendary cartoon, so we prepared this custom Zuko cursor pack for you. Add anime Avatar cursors to customize your mouse. 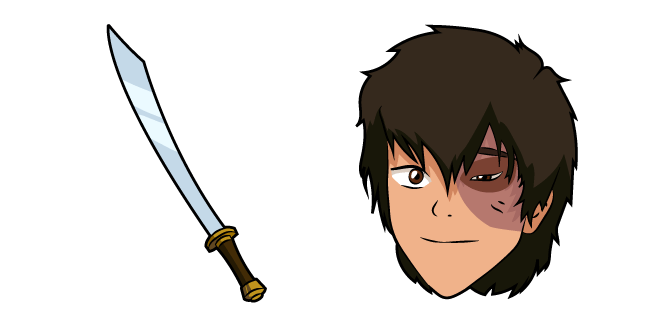