Azula was the princess of the Fire Nation, daughter of Fire Lord Ozai and Ursa, Zuko's younger sister, and Kiyi's older half-sister. She was a key enemy of Team Avatar and the best friend of Mai and Ty Lee. She advanced firebending skills to the level where her fire was blue also called cold-blooded fire. She is the only one to have such ability. Avatar: The Last Airbender cartoon cursor with fanart Azula. 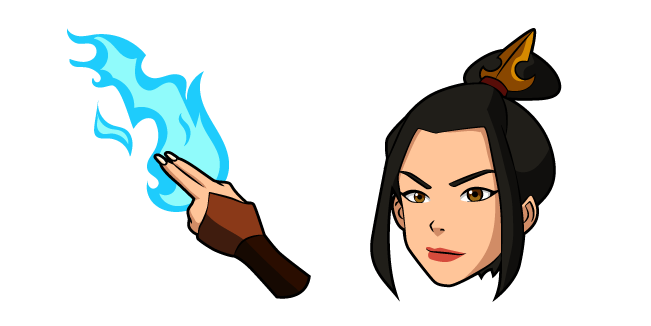