Avatar: The Legend of Korra Bolin and Pabu Cursor

Our fanart Avatar: The Legend of Korra Bolin and Pabu cursor pack features an earth bender from a multicultural family and his pet fire ferret. This boy grew up on the streets of Republic City under the protection of his older brother, Mako, after a fire bender killed their parents. Eventually, Bolin founded a pro-bending team with his older brother and called it the Fire Ferrets, which would later include Avatar Korra. After the Pro-bending Tournament ended, Bolin entered Team Avatar to stop the Equalist organization. 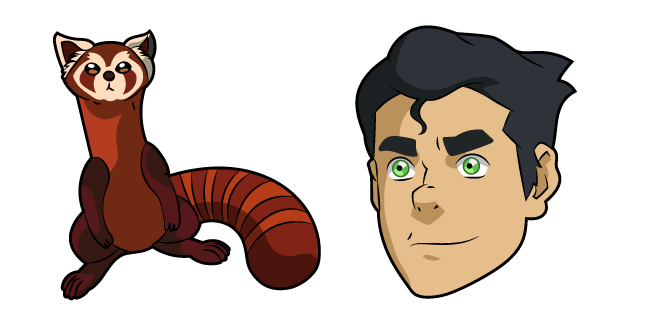