Iroh is a retired Fire Nation general, a former Crown Prince, a Grand Lotus of the Order of the White Lotus, a master of firebending, and a wise mentor to his nephew Zuko. He was the elder son of Fire Lord Azulon and Ilah and the older brother of Ozai. His most famous ability is to breathe fire and he claims to slay the last dragon and got the honorary title The Dragon of the West. Cartoon cursor with Avatar: The Last Airbender Iroh and Firebending. 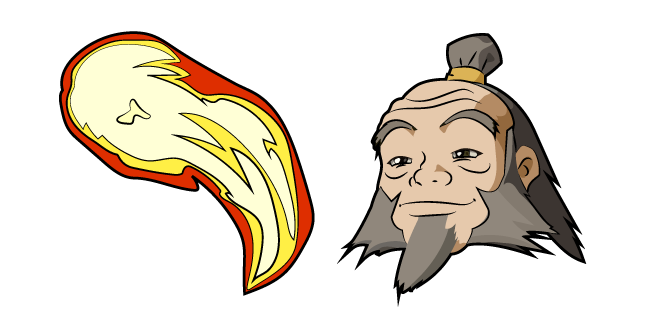