Korra is the current Avatar incarnation, right after Aang. Being from Southern Water Tribe, where she had mastered three bending arts, later she moved to Republic City. With the assistance of Aang's spirit, the girl gained the ability to energybend and, connecting with her past lives, she gained the capacity to enter the Avatar State willingly, marking her fully realized Avatar. She is the only Avatar known to have her bending blocked with chi blocking and is first known to have her bending removed and likewise restored. Avatar: The Legend of Korra Korra cartoon cursor. 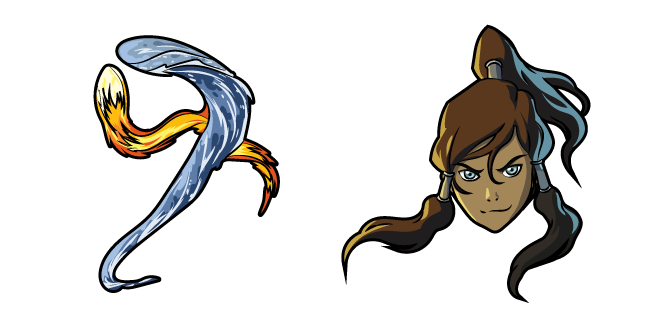