Colt is a Common Brawler which you can unlock as a Trophy Road reward upon reaching 60 Trophies. His attack features a long-range volley of six bullets. His first Gadget, Speedloader, instantly reloads two of his ammo. His second Gadget, Silver Bullet, makes his next attack a single piercing bullet that destroys obstacles and deals the damage of two of his main attack’s bullets. Brawl Stars cursor pack with fanart Colt game cursor. 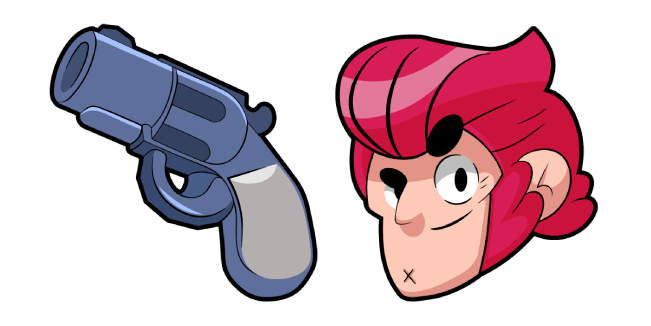