Meet Brock and he is a Common fighter-sharpshooter from the multiplayer online game Brawl Stars. Brock has a low amount of health, but he fires rockets that explode and deals high damage in a short radius. He has a gadget called Rocket Laces, with which he jumps and becomes immune to damage, and his Super fires a barrage of rockets in a large area. The Brawl Stars cursor and game pointer with Brock! 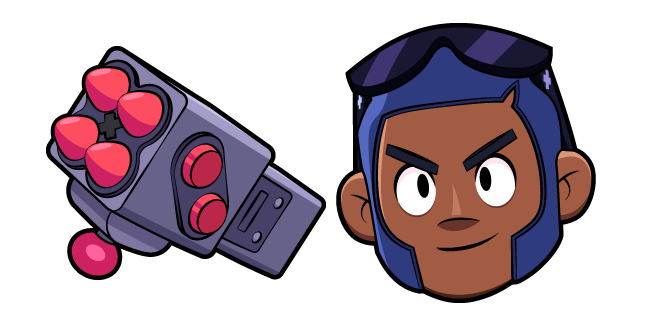