Gene is a mythical Support-class fighter from the popular action game Brawl Stars, which can be obtained from any box. He has normal movement speed, moderate health, and average damage. Gene attacks enemies with a lamp that spews out a ball of smoke and splits after a certain distance. His Super grabs and drags the enemy to Gene's location, even if they are behind a wall or undercover. The Brawl Stars cursor and game pointer with Gene! 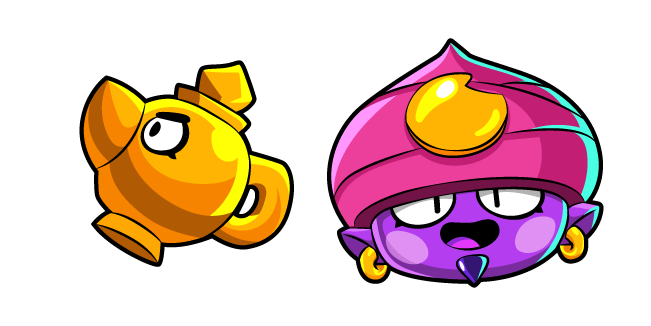