Gale, the Bad Princess is a playable bird in Angry Birds Stella and is the primary villain. She is a Violet-backed starling with long eyelashes, long eyebrows, and golden eyes. She is wearing a crown found by her in the episode A Fork in the Friendship, the first episode of Angry Birds Stella Toons season 1, and a cape from the episode when she had the power to control the pigs. She has two tails, two-tone purple, and orange at the end. She has also some kind of appendage. Angry Birds cursor pack with fanart Gale game cursor. 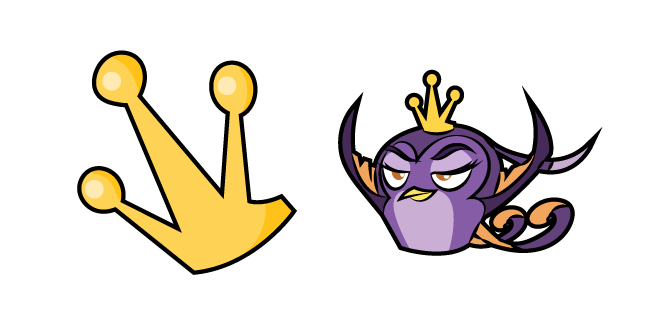