Here he is - the man with no fear, whose destination was to bring balance to the Force but turned to the dark side of the Force as the Dark Lord of the Sith. Welcome the legendary fanart Angry Birds Darth Vader cursor pack. In Angry Birds, he has the same history. Originally a young mechanic from Tatooine, Ani joined the Bird Side in the battle against the Pork Side. However, when he became a Jedi Padawan, he betrayed his allies and joined the Pork Side. However, he and the Pork Side were eventually defeated for good by his son, Luke Skywalker. 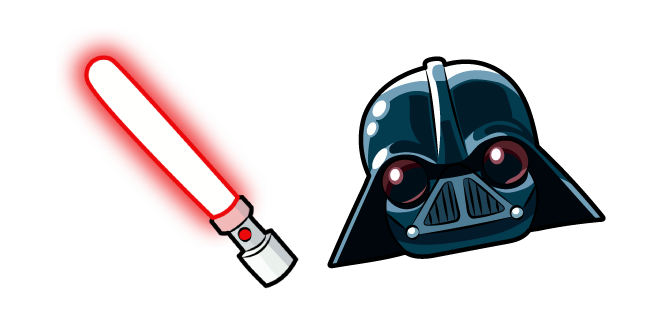