Dahlia is a tan and brown Bird that appears in the Angry Birds Stella video game. Her crest consists of nothing more than two large feathers, which she sometimes uses to dance in the Angry Birds Stella animated series. Dahlia features a brown plumage that becomes paler around her eyes and white at her belly. She is of a tough, stocky build. She has a curved yellow beak that is very short, typical for her species. Fanart Angry Birds cursor pack with Dahlia. 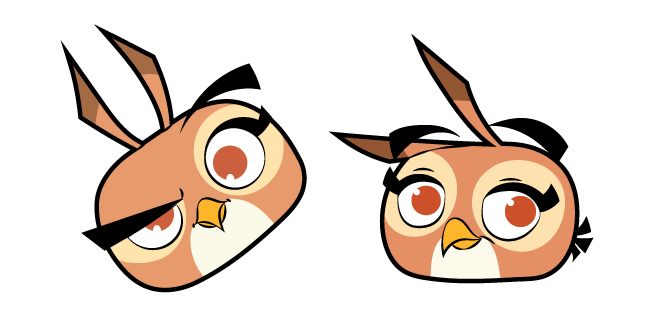