Chef Pig, a.k.a. Scientist Pig, is an antagonist in the Angry Birds series. He wants to be the King and even wills to take over the King Pig for the castle for the crown. He has an appearance of a peach-shaped pig with three dark green spots on his head, a light green snout, and a long black French mustache. Chef Pig also wears a Chef's Hat, which is long and white, like every chef's hat. He also features blue shading under his eyes. Fanart Angry Birds cursor pack with Chef Pig. 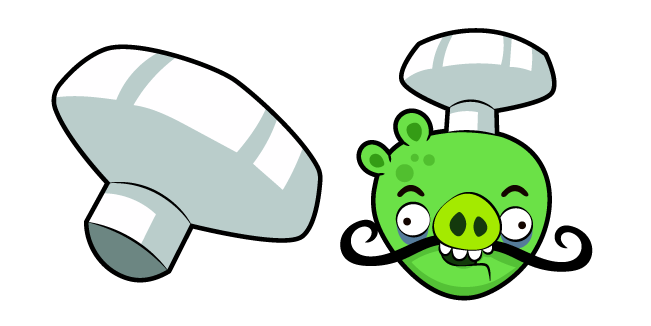