Poppy is a light yellow female lutino cockatiel that first appeared in Angry Birds Stella as a close friend of Stella. She features a bright yellow plumage, although parts of her tail and her cheeks are pink. Her crest resembles three spiky tufts of feathers that are waved back. Poppy also has green eyes. Her power and functions are similar to Matilda's egg bombs, but Poppy sends herself drilling through blocks and obstacles. Angry Birds cursor pack with fanart game cursor Poppy. 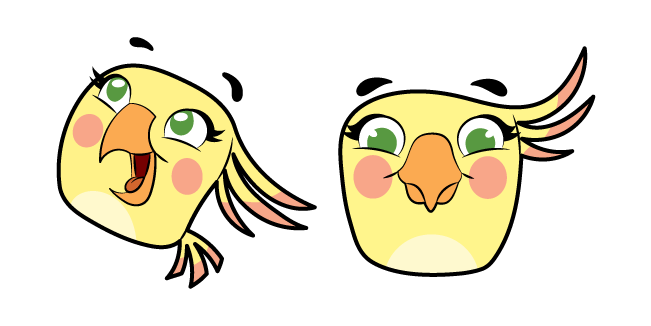