Terence is a member of the Angry Birds team in the game with the same name. He is also the most powerful bird of the flock and the 2nd most powerful bird in the series beating out Bomb, but falling behind Mighty Eagle. He is a large bird, which resembles Red in some aspects, but he is covered with crimson feathers, small, darker circles in certain parts of his body, and peach feathers on his belly. Angry Birds cursor pack with Terence fanart game cursor. 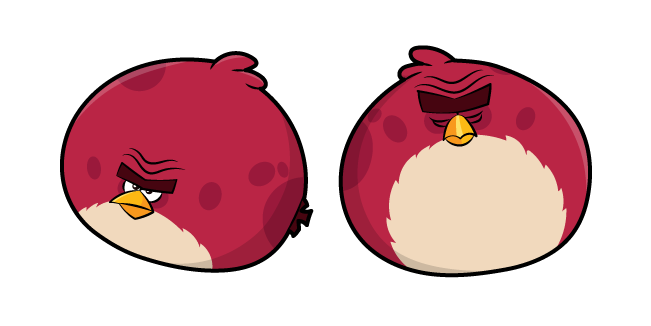