Mighty Ethan Eagle, or just Mighty, is an optional, gigantic bald eagle from the Angry Birds series. It looks like an enormous white and dark brown round bird with a large yellow beak with a small curl tip and three large black feathers on top of his head. It is the most powerful bird in the Angry Birds game series. He has an alternate state achieved by passing through a wormhole and it is called the Space Eagle. Angry Birds cursor pack with fanart Mighty Eagle and Space Eagle game cursor. 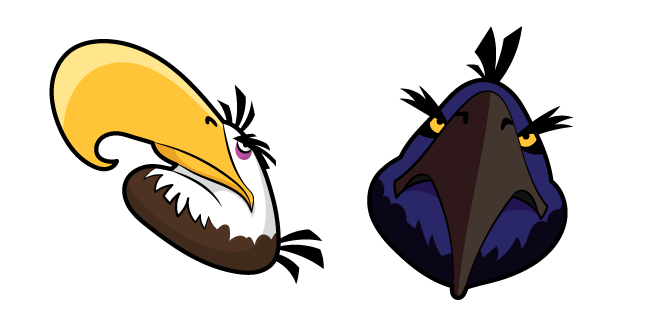