King Mudbeard aka Leonard, is a character that appears in the Angry Birds series, where is a pig and former ruler of the Piggy kingdom until he was replaced by his son, King Pig Smooth Cheeks. This character looks like an anthropomorphic pig with green skin. His head is directly connected to his oval torso without a neck, though he has a green beard separating both parts of his body. Angry Birds cursor pack with fanart Leonard game cursor. 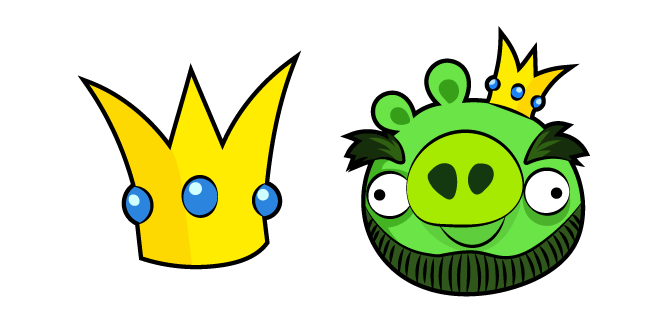