The Chevrolet Corvette, also known as the Vette, is a two-door, two-passenger luxury sports car, which has become an American icon among supercars and is widely known as America's Sports Car. Wanna take a ride on our blue Chevrolet Corvette cursor? Jump in! With eight design generations, noted sequentially from C1 to C8, the Corvette is noted for its performance and distinctive fiberglass or composite panels. Also, this car is stated to be the most successful concept car and the most popular sports car in history. 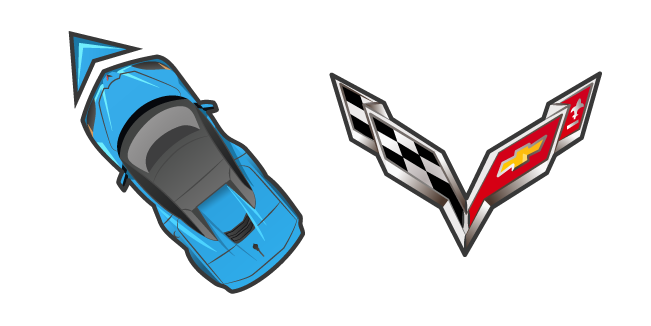