Everyone wants to look epic on the popular Halloween holiday. Even the famous character Mario from the Nintendo video games wants to be not just a cheerful character with a thick mustache, red cap, and blue jumpsuit, but also a grisly Zombie that everyone will be afraid of. As such, Nintendo has released a grisly new costume Zombie Mario for Switch games that can be purchased from the store. But everyone knows that Mario has is kind, funny and playful, so you shouldn't be afraid of this Zombie Mario, because he won't do anything bad. Halloween game cursor for a mouse called Super Mario Halloween Zombie! 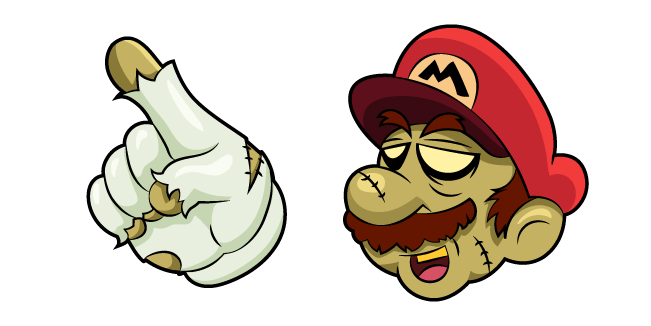