San is the main character of the famous anime by Studio Ghibli named Princess Mononoke. According to the fact she was raised by wolves themselves, she acts, behaves, and looks like a wolf too, even though she is a girl. San is the Princess of the Wolf Gods and she protects the forest with living there animals. She has a bone knife or dagger with red markings as her weapon. Studio Ghibli anime cursor with Princess Mononoke San and Dagger. 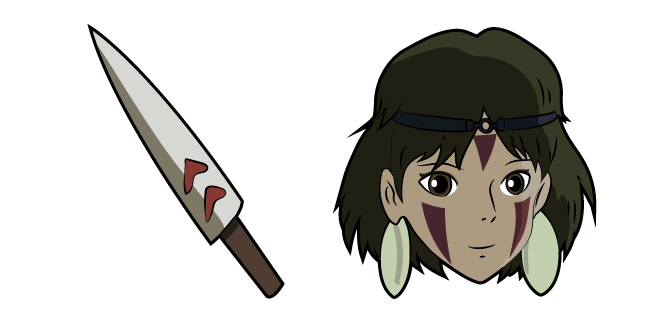