Nausicaä of the Valley of the Wind is a post-apocalyptic fantasy adventure film by Studio Ghibli. The Fox Squirrel named Teto is an orange-brown animal from this anime with a squirrel-like body and a fox-like head. But besides this film, he also has appeared in Castle in the Sky and has some cameos in other Studio Ghibli works. His appearance combines a cat and a kitsune. Studio Ghibli anime cursor with Nausicaä Teto Fox Squirrel. 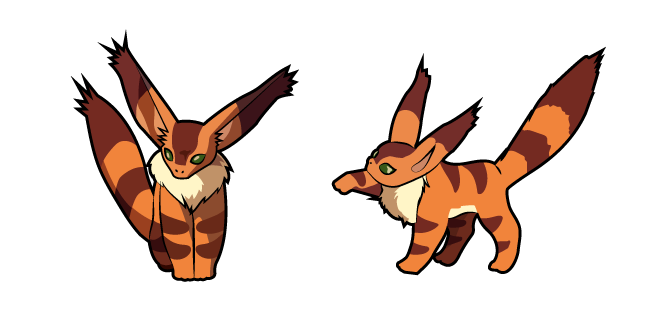