Kanan Jarrus is a character of the Star Wars Clone Wars cartoon series. You know, Chop, despite all his misgivings about the rebellion, he always believed we could change things. That's what I'll miss the most, that when none of us could find the answer, Kanan could, and always in the most unexpected way. He is a Force-sensitive human male Jedi Knight who survived Order 66 during the Clone Wars. Star Wars mouse cursor with Kanan Jarrus and Lightsaber. 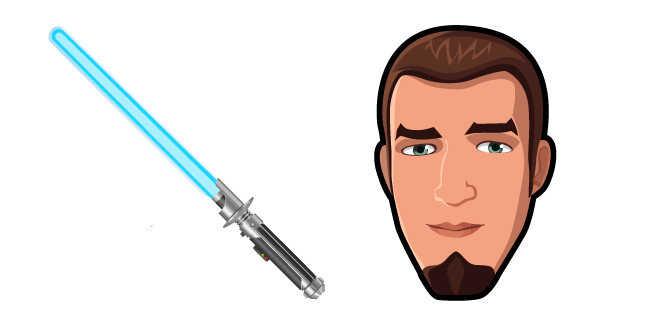