This clever, tactical, and formidable human who skilled at psychological warfare - is Gideon, and he is a man who served as an officer in the Imperial Security Bureau before reaching the rank of Moff. Gideon is a man with black hair, dark eyes, and skin from the Star Wars Universe. He wields a legendary Mandalorian weapon called the Darksaber, which is a unique and ancient lightsaber with a dark gray blade. The Star Wars cursor for a mouse with Gideon and Darksaber! 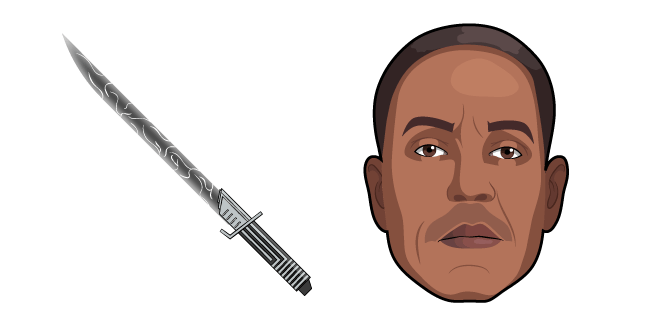