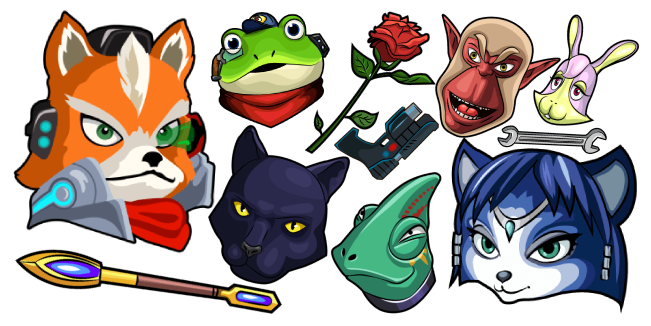 Star Fox is a sci-fi spaceship shooter video game created by Nintendo in the action-adventure genre. Before the game release, the Star Fox series first made a debut as a comic book series that was chronicling a continuing narrative series of adventures and published by Nintendo Power magazine.

The main setting place of the 1993 game is the Lylat System, where are 5 planets - Corneria, Venom, Titania, Fortuna, Macbeth. From game to game some planets get destroyed, some new ones get added or excluded. But there is one thing that doesn't change - a combat team called Star Fox and consisted of anthropomorphic animals with its leader Fox McCloud - they all go through various adventures around the universe to save their home and to defeat evil scientist Andross, who declared war and unleashed a huge army to create chaos on the Lylat System. You already can find them in our Star Fox сursor сollection.