A peach pink-colored pig Pigma Dengar was a member of the legendary Star Fox team first, but then he betrayed his teammates James McCloud and Peppy Hare to the evil mad scientist Andross. He cut his teeth to deal in space piracy when he became part of the first incarnation of Star Wolf but later was kicked out by Wolf O'Donnell due to his greedy and untrustworthy personality. Then he became a freelance criminal. Game cursor with Pigma Dengar. 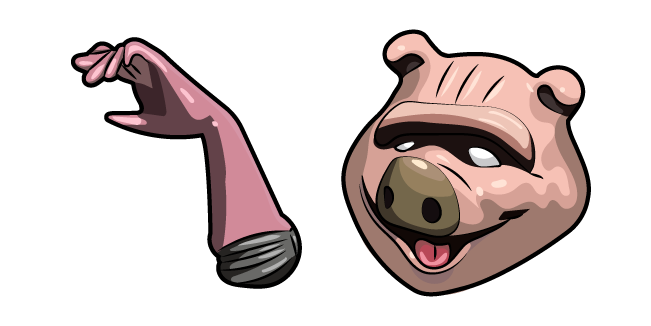