Have you ever seen a cheerful, hyperactive and kind-hearted SpongeBob yell at someone? Then see it in the episode "Can You Spare a Dime?" or in our cartoon cursor for a mouse called SpongeBob Yelling at Squidward Meme! The fragment where SpongeBob yells at his neighbor Squidward has become a popular Internet meme for many fans of this funny cartoon. Thus, you should like our comical meme cursor with an angry SpongeBob! 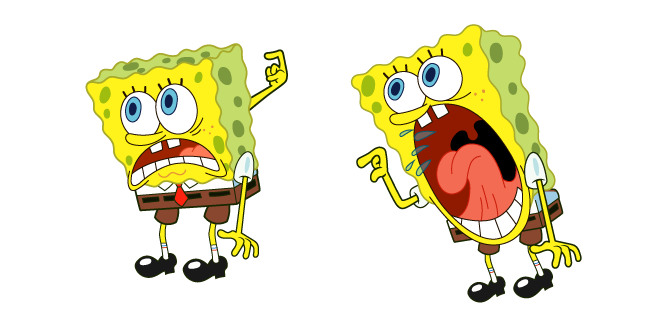