Push It Somewhere Else Patrick Curseur

There are a large number of funny memes with characters from the animated series SpongeBob SquarePants on the Internet, one of them is a meme with a lazy pink starfish Patrick called Push It Somewhere Else, which was created from the series "Sandy, SpongeBob, and the Worm", when Patrick Star suggested possible solutions to the problem. This meme quickly became popular on the Internet and was used in many variations of jokes. The fun cartoon meme cursor from SpongeBob SquarePants with Push It Somewhere Else Patrick! 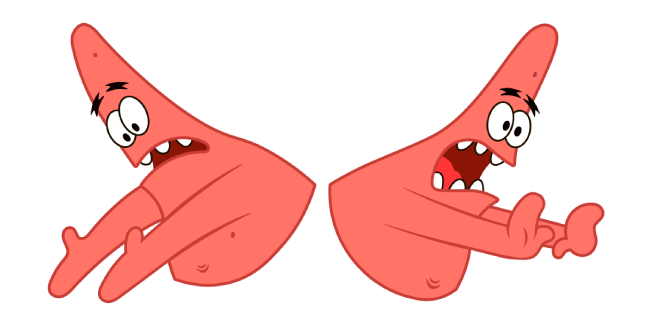