Jericho is sturdy one of the Holy Knights of the Kingdom of Liones and later a follower of Ban of The Seven Deadly Sins. She is depicted as a young woman of a slender build with light lavender or silver hair that is swept over the left side of her face and tied into a ponytail. Her Power is Ice Fang, which she has got from her late brother Gustaf. The Seven Deadly Sins cursor pack with fanart Jericho anime cursor. 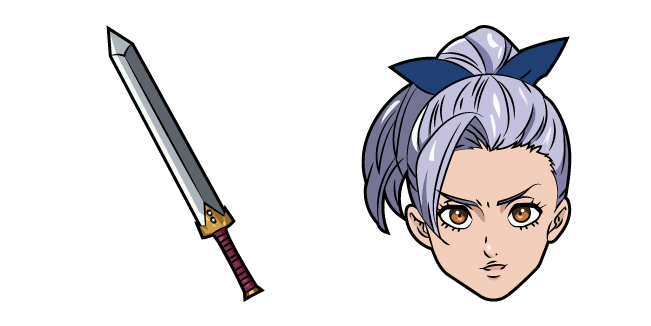